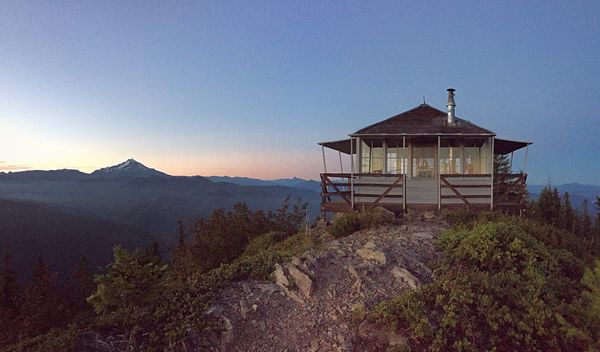 It started with a text message from Robert Garlow at 10:25am Friday, July 22. Bob notified me that they had rented a fire lookout near Detroit Lake for three nights but that unfortunately, they were not going to be able to make it for Friday night. He suggested that we should use it in their place. Nothing like a last minute unplanned trip to jack your morning into high gear.

I began packing even before notifying my wife April of the developing [potential] plans. I also jumped online to research the lookout. Gold Butte Lookout (4,618’) was actually used as part of an aircraft warning defense system during WWII and looked easy enough to get to. The description and directions ended with, “The lookout is located approximately half a mile from the parking area. You will be hiking on a road to a saddle and from there a steep trail to the summit.”

Of course, I dismissed “steep” as the internet's way of saying that there is simply a walk to the lookout from the car.

I double checked our schedule, and it showed April was off the following day, “sweet!” I thought to myself. I called here and said, “So, you wanna go to a lookout tonight?” My wife was a little hesitant but with a little more information she was convinced. I billed it as a quick romantic getaway and that everything would be perfectly magical, (as I often do) and it often is. So we planned to leave right as April returned home from work.

The information for the lookout noted there would already be firewood and that there was a wood stove for heating, there would also be a bed with a pad plus extra cots.

April returned home and we were off. What should have been a two-hour drive took us about three, which is actually pretty good (and normal) considering the extra stops for fuel, beers, and kid stuff. We arrived a the “parking area” where the road ends at a gate just after 9pm.

Maybe I hadn’t been as clear with April as I thought I’d been. Ten minutes up the road and the illusion of a quick romantic getaway was beginning to dissolve. The description was accurate in the statement that it was a steep walk and being gravel meant that our son just wanted to pick up every single rock on that road.

Our progress was slow.

After hiking through the dark (including an extra gear shuttle back to the start of the trail) we finally reached the lookout just after 11pm in a hot and sweaty tired mess. We made quick time of sorting out our gear, victory cocktails made and tucked into bed. The illusion of “romantic getaway” finally destroyed once I was kicked out of the bed to sleep on a cot. I guess I deserved that one.

The thing to remember about these lookouts is that they are basically glass houses placed at the top of a mountain. Once dawn arrives in the morning the entire room will fill with light. So after falling asleep around midnight, our son woke up the entire forest around us at about 4:30am.

The morning offered a breathtaking and unique view of the Cascade's west slopes from Mt. Hood all the way down to the Three Sisters. Although we had a long and sleep-deprived night, the reward was amazing, and we’d be doing it all over again very soon.

Big thanks to our friends the Garlows for booking the lookout and gifting us an amazing night. See their amazing photographs and follow their adventures throughout the Great PNW on Instagram: @expedition_pnw. 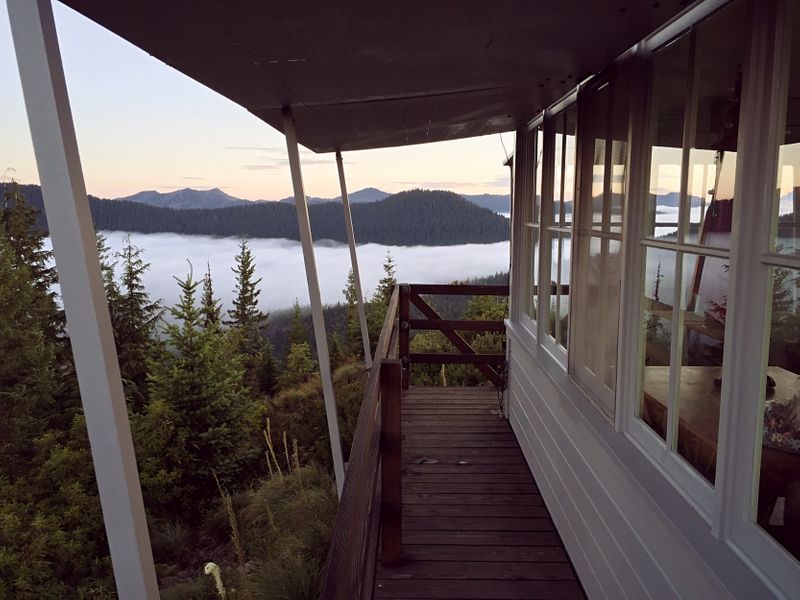 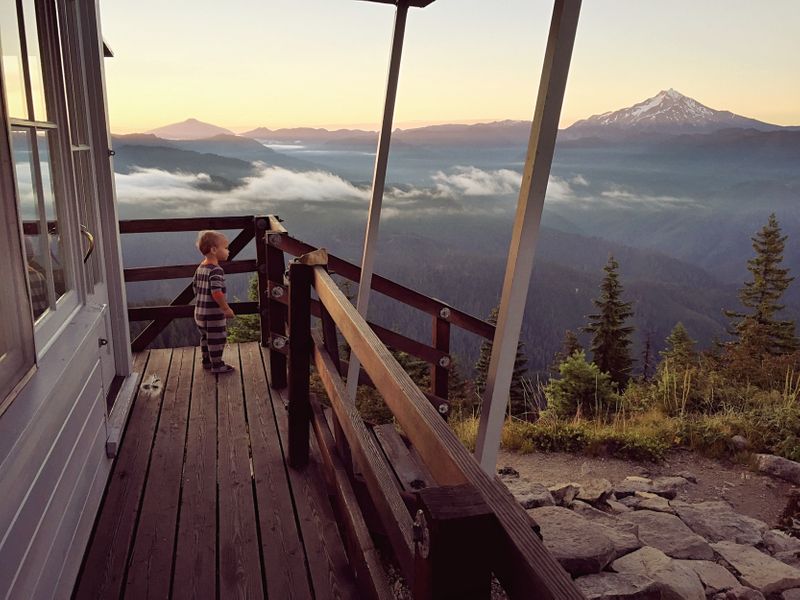 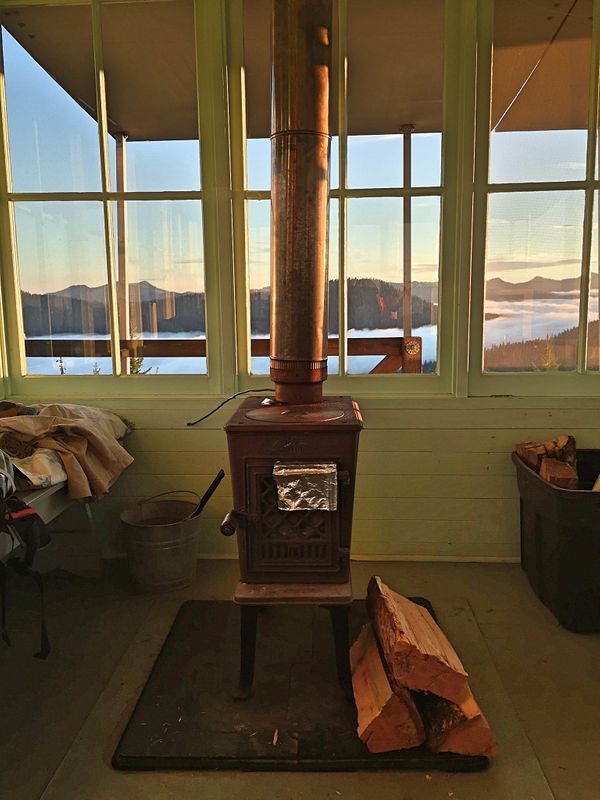 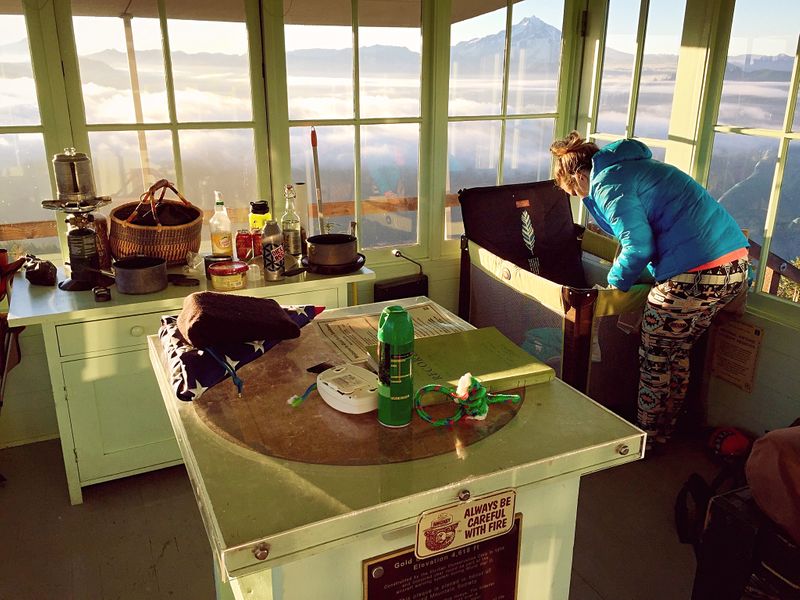 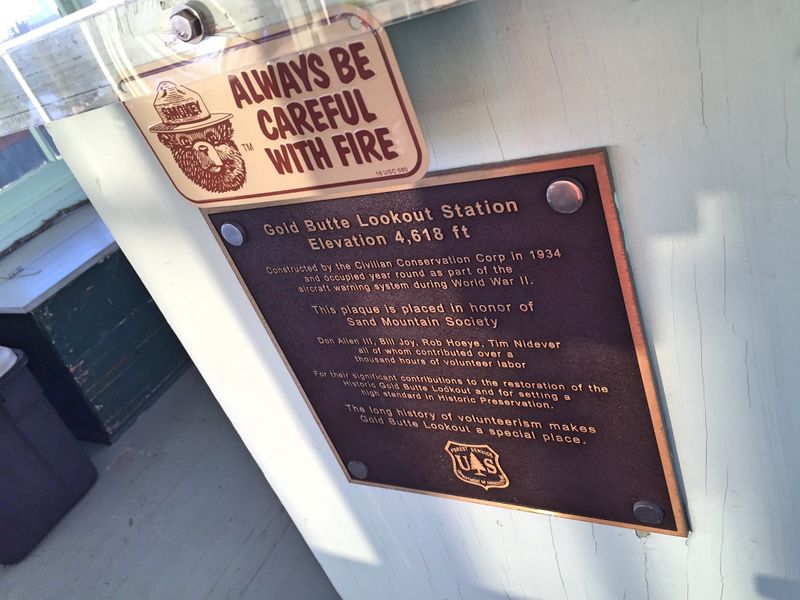 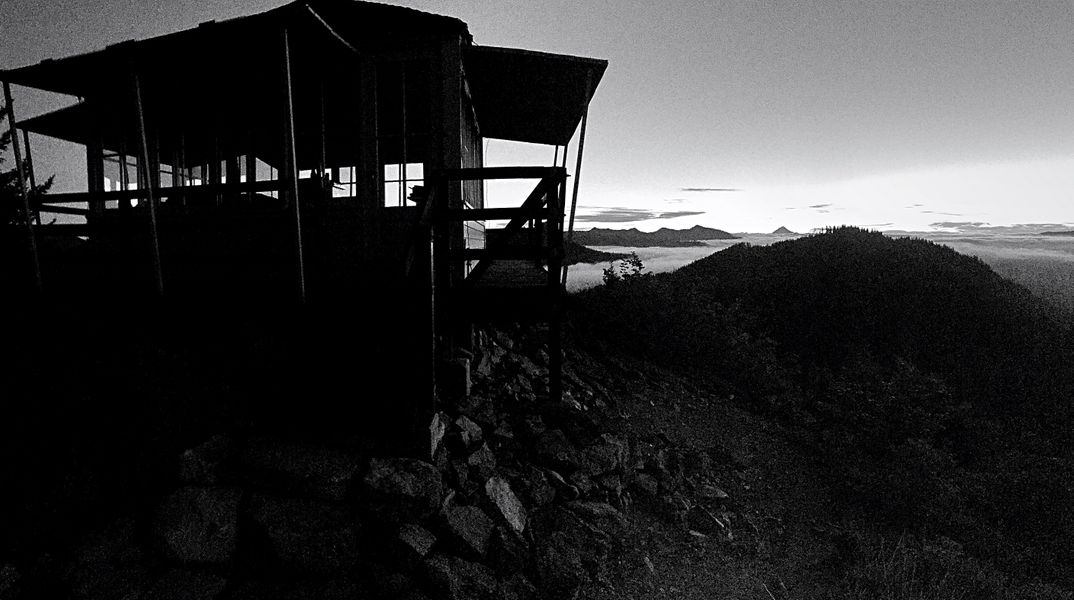 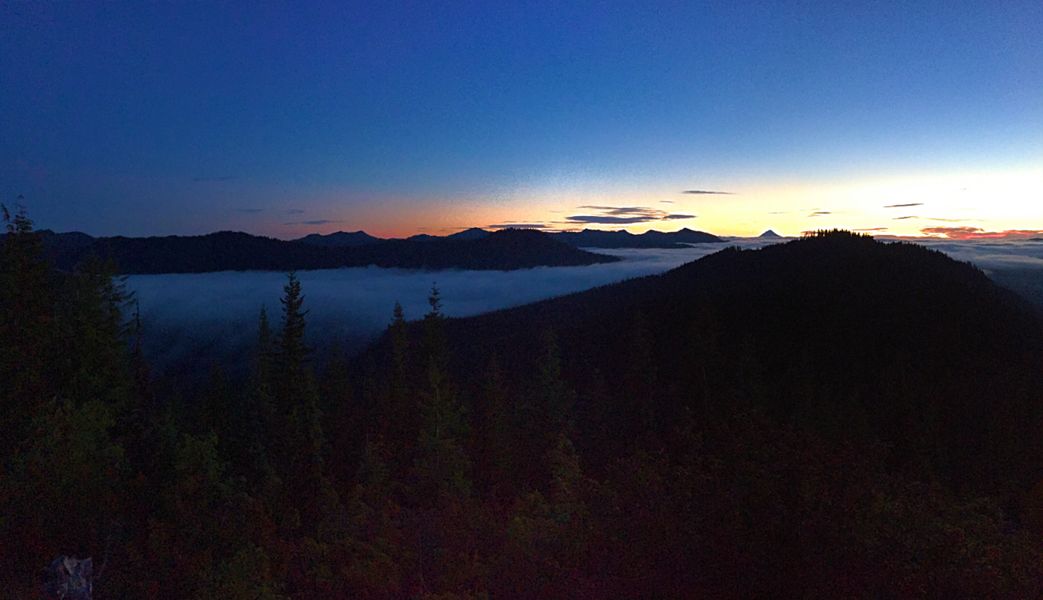 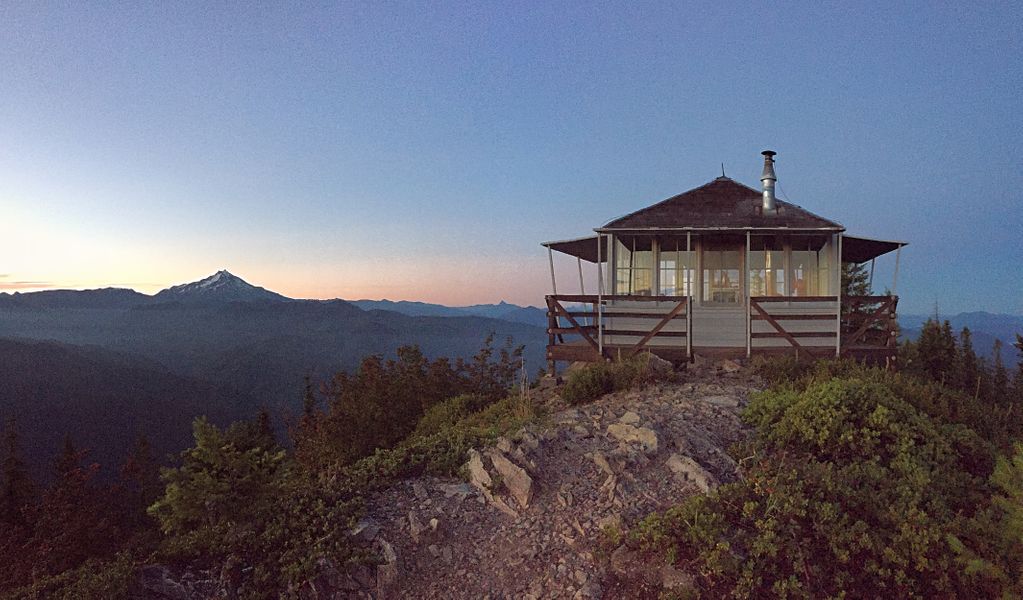 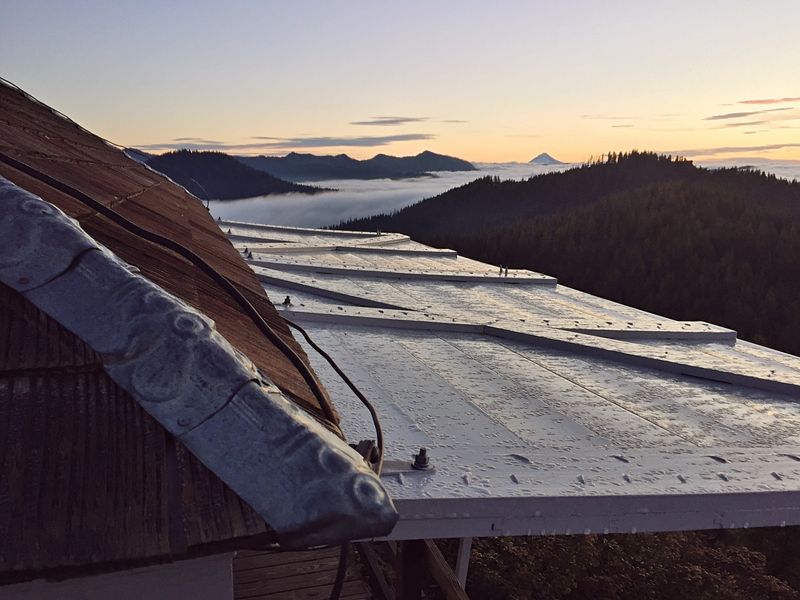